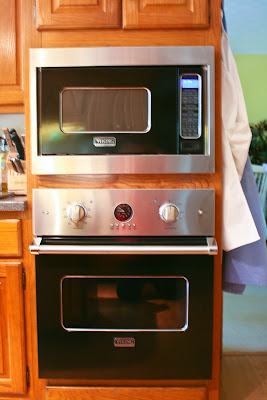 Learning to Cook all over again

This will just be a short post.  I will write more tomorrow.  But I am very excited about out new purchase.  We decided to get a new oven and a new microwave.  They are both Vikings and the oven is also a convection oven. It is so shiny and new I almost hate to get it dirty (almost).

But, like the title reads "It is like learning to cook all over again".  I have never used a convection oven before and in addition to bake - the other settings are:  low broil, medium broil, high broil; then convection bake, tru convection, convection roast, and convection broil.  Right now I have to look in the handbook so that I know which one to use.  I am not complaining - it is fun to try out all the new settings.

So far I have baked a cake (which turned out so much lighter than in my former over) and made balsamic marinated pork chops.  With the chops I used the convection broil setting - they were 1 1/2 inches thick and it only took 15 minutes.  I just have t…
Post a Comment
Read more
- June 01, 2012 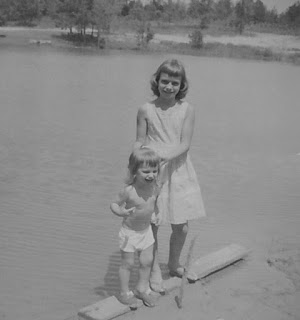 As you read this post you will immediately realize that I am 'a day late and a dollar short'.  I should have posted this on Mother's Day but, alas, it did not happen.  The good part is that it is never to late to pay tribute your Mother.  That is exactly what I am about to do - pay tribute to my Mother and my Mother-In-Law:

Libby
About me: I am a wife, a mother of 3 grown sons, mother-in-law to 3 daughters, grandmother to 5 wonderful grandkids. I am not a complicated person, but I do love to do many things: create in the kitchen, food photography, paint in oils, acrylic, & watercolors, printmaking, playing music (guitar & piano) and I am currently teaching myself banjo. I love the outdoors - gardening, hiking, biking, camping. Aside from all the things I love to do - most of all - I love the Lord I love my Husband (more than I could ever express) I love my parents, kids, and grand kids with all my heart. Let's see, I think that covers everything. Thanks for reading!